I live in the Eastern province of Zambia, which means that Malawi and Mozambique are the most easily accessible. The Malawian border is only an hour from Katete. Having been in Katete for over 6 months now, we decided it was time to visit our closest neighbour.

So, a few weeks ago, we took our Land Cruiser onto Malawian soil to do a road trip as a farewell to two friends from St Francis Hospital, Geoff and Charlotte, who were returning to the UK from Lilongwe.

As with most land borders, as we crossed over the imaginary line into Malawi, although the terrain, temperature and vegetation were very similar on either side of the border, there were enough differences that made it obvious straightaway that we were in a new country.

The first noticeable difference is in the population density. Malawi is a small country with a lot of people. Malawi has a population density of 128 per sq km, to Zambia’s 17 per sq km. Malawi is smaller in area than some of Zambia’s provinces. When driving through the Eastern province in Zambia, it is easy to go for very long distances without seeing anything or anyone. In Malawi, there are people lining the roadsides and emerging from maize fields, and with so many mouths to feed, every patch of suitable land has been farmed.

The other difference is that as you drive further into Malawi the fields and hills seen at the Zambian/Malawi border make way for mountains. JRR Tolkein is said to have visited Malawi in the 1930s just before he wrote Lord of the Rings. As I saw rolling hills, misty mountains and jagged peaks, I could see what his inspiration was. When we reached the Shire highlands (pronounced Shirry), it was confirmed, I was in Tolkein’s Middle Earth. 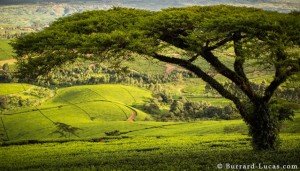 Malawi also seems to have more remnants of the colonial era than Zambia does, as evidenced by our visit to the beautiful Satemwa Tea Estate in the Shire highlands, with the original plantation house still open to guests for afternoon tea and as a beautiful place to stay. 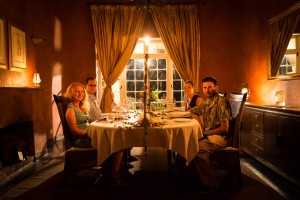 I found Malawi to be beautiful and full of variety. Within a week, we had climbed a mountain, relaxed while sipping tea and overlooking plantations, and snorkelled with the colourful freshwater fish of Lake Malawi. At the end of our trip, refreshed and invigorated (although sad to be saying farewell to our friends), we drove back over the border away from Middle Earth and back to work.